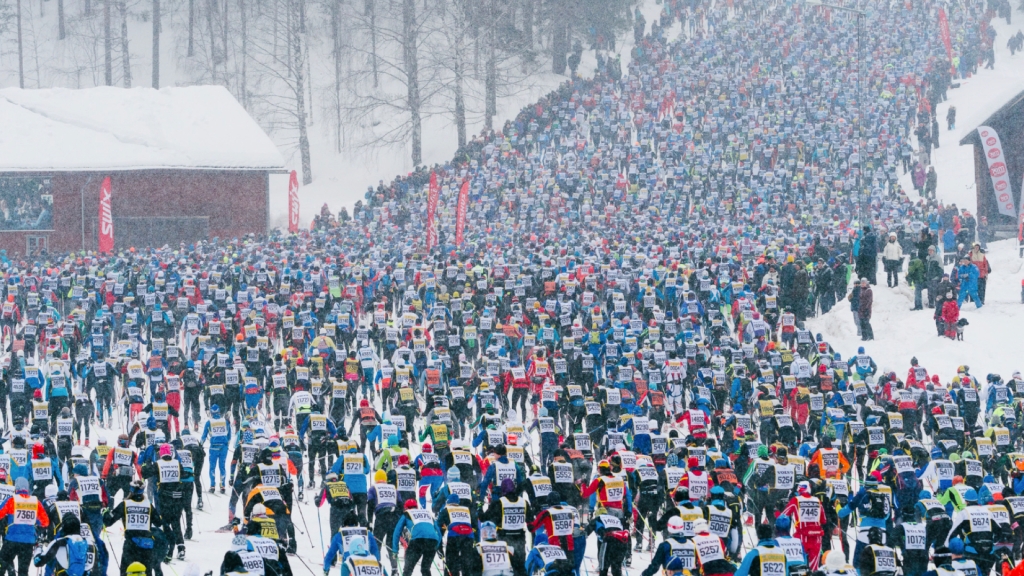 The Gatineau Loppet is the largest international loppet held in Canada, attracting over 2,500 skiers from beginner-through-elite, who participate in races from 2km – 51km. A member of the Worldloppet league, it is part of a circuit of the 20 biggest cross-country ski races around the world. The Gatineau Loppet is an annual ritual for many Nova Scotia skiers. Thousands of like-minded people of all ages and abilities find the courage to race, creating an atmosphere of camaraderie.

Enjoy a three-day celebration of cross country skiing and Nordic Legends. The Birkie is Western Canada’s Premier Nordic Ski Event, offering races from 500m – 55km. Formed in 1985, the Birkie continues the tradition of honouring perseverance, courage and fortitude – as well as lots of Nordic Fun for the whole family! The Birkie is founded upon the historic rescue of an infant Norwegian prince, by two Birkebeiner Warriors in 1206, who carried him 55 km on skis to safety. The Birkie includes a 55 km race where participants carry a 5.5 kg pack, to symbolize the infant prince.

by Cross Country Nova Scotia Staff, December 8, 2020 (updated Jan 30, 2022) As registrations for the 2022 Canadian Birkie Ski Festival continue, we remember a historic victory for our province, by a twenty-two-year-old Nova Scotia skier.  Daniel Murray recorded the fastest male time in the “1998 Birkie Full”, which is a 55 km cross-country […]

Internationally, large-scale loppets attract thousands of skiers. Ski marathons of 90 km distances draw the world’s best cross-country skiers and amateurs, to the same start line. The global scene is full of energy – packed with spectators celebrating everything about cross-country skiing.

The Vasaloppet is the world’s largest cross-country ski race, held in Sweden. Since 1922, over 1.5 million skiers have crossed the finish line, which includes races from 5 km – 90 km. Three Nova Scotia skiers from North Highlands Nordic, have completed the 90 km historic race – Kris Doyon, Daniel Murray, and Ian Murray. This race pays tribute to Gustav Vassa, a revolutionary on cross-country skis, who led a rebellion against Danish rule in 1520.